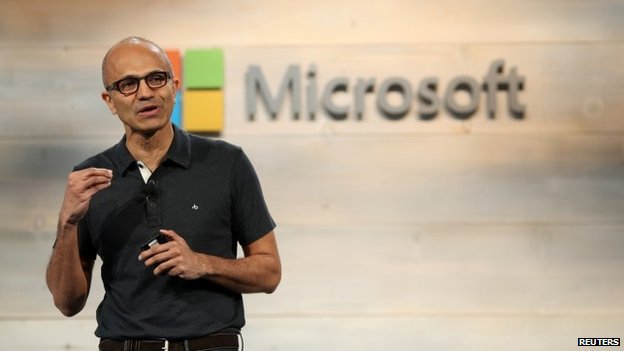 Microsoft has reported a fall in profits as a result of costs related to job cuts and its purchase of Nokia's smartphone business earlier this year.

In July Microsoft announced plans to cut 18,000 jobs, including 12,500 in the Nokia unit it bought in April.

On Wednesday Microsoft said it would no longer use the Nokia name, selling future Lumia smartphone models as Microsoft-branded phones. ,Microsoft boss Satya Nadella said the company was being "positioned for future growth".

"Our teams are delivering on our core focus of reinventing productivity and creating platforms that empower every individual and organisation," he said.

Microsoft makes most of its money selling software to companies. The results show a strong growth in its business selling cloud computing to companies - an area Mr Nadella has cited as important for the future of Microsoft.

But the business has continued to place great importance on its consumer products like the Xbox games console, its Surface range of tablet computers, and smartphones.