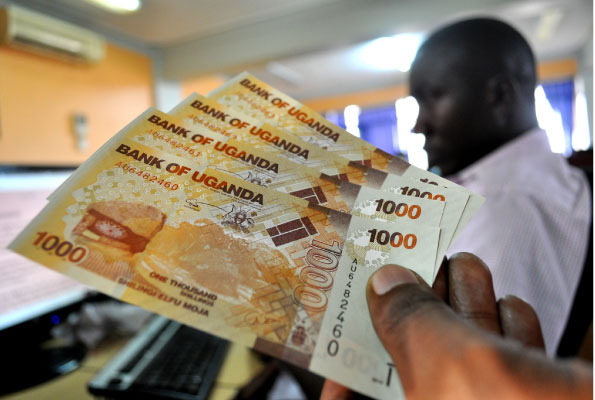 Kampala- The persistent weakening of the shilling against the dollar might drive up inflation if Bank of Uganda does not take immediate action to arrest the decline, a currency analyst has said.

Mr Stephen Kaboyo, Alpha Capital Partners managing director, told Daily Monitor in an interview yesterday that the current currency depreciation pressures are unlikely to ease off in the short term because of Uganda’s widening trade imbalance, necessitating that the Central Bank takes action to contain the depreciation before it filters into inflation.

The weakening of the local unit against the dollar means traders need more shillings to buy a dollar, which increases operational costs from higher import prices. This, in turn, increases inflation because of its spillover effects.

Uganda’s annual headline inflation declined to 1.4 per cent in September 2014, from the 2.8 per cent recorded in August while core inflation – which excludes the often volatile food crops, fuel, electricity and metered water prices – stands at 2 per cent down from 3.1 over the period under review.

Mr Kaboyo added that demand for the dollar has stayed high amid reduced inflows, further exerting pressure on the local currency.

Under the current market conditions, he added, the shilling is poised to touch further lows due to lack of strong fundamentals, primarily the current account deficit.

The Central Bank State of the Economy report for August states that Uganda’s trade balance continues to deteriorate on account of stagnant exports and high import requirements.

This has continued to mount pressure on the local unit as a result.
The shilling last suffered huge depreciation rates in October 2011 when it touched Shs2,900 per dollar in almost two decades.

Predictions about the economy
Mr David Cowan, a Citibank Africa economist also said in ‘Uganda: The economy regains momentum into 2014’ that Uganda’s widening current account deficit was expected to weaken the performance of the shilling against major trading currencies.

He says the country’s current account deficit is expected to stand at 14.8 per cent in 2014, up from 10.9 per cent in 2012 due to modest growth in exports against a high import bill, mainly from imports of capital goods for major investment projects in the oil and gas sector.